Our farm was founded in 1935 and continued as a traditional mixed farm.It is located in the hamlet of Pleegste, which was known as a very small hill caused by farmers, centuries ago, and of which the unique soil surrounding the farms is clearly visible in the landscape. The site of the current farm was mainly wild ground consisting of forest and heathland until it was established.Started as a traditional mixed farm with cows, pigs and chickens, the harm still has cows and broiler chickens today. Below are some pictures of the development of our farm. 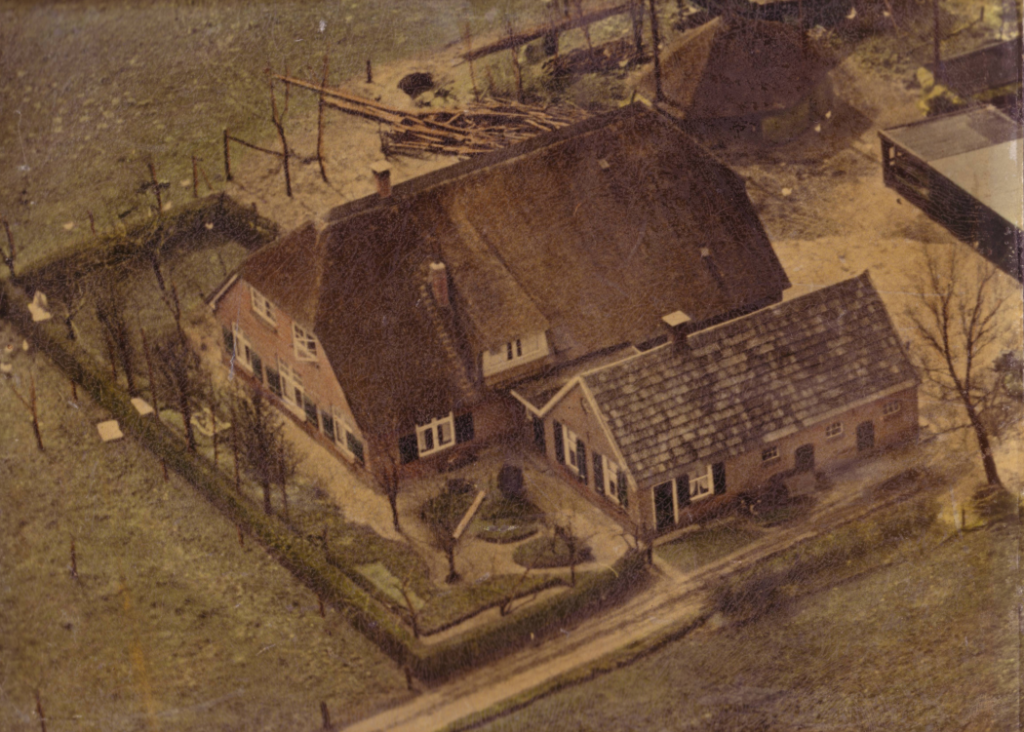 This old picture below is from the early eighties and shows the old pig barn on the right, the cow house just behind our house and the old broiler house house on the left.

In the picture below on the foreground on the right you can see the two current broiler houses from 1997 and 2004, with on both sides the built-on wintergardens. Behind it is the Windstreek house with its characteristic roof shape (from 2015) and to the left of the existing chicken houses and behind our house, the cow house is visible (with masonry wall) from 2013.